SKIFT.COM: Airlines want you to escape the crunch at the back by buying up in the front of the plane.

But where are those higher fares best spent?

Aviation’s designers and their aspirational airline customers have debuted so many fancy cabins that we’re at pains to limit them to a number that starts with “S”—and we love alliteration.

This forced us to be really, really picky and present those we consider well-worth the extra travel dollars.

These are the kinds of suites so sweet you won’t want to get off the plane at the other end. Fortunately, most of these beauties are only available on long-haul routes, which means the luxury experience will last. It also helps justify digging deep in your wallet to pay those higher fares.

To prove we haven’t forgotten our budget-savvy roots, we’re including a bonus seventh heaven demi-suite suggestion, which will have you flying in comfort and feeling pretty clever about it.

In order of random whim, here’s a review of our six favorite suites in the sky (plus that budget-friendly number seven).

The JAL Sky Suite on the airline’s 777s is, well, heavenly. While it doesn’t include a fully enclosed environment (no sliding privacy doors) it’s full of practical considerations that make the time spent onboard delightful. That includes custom double-sided bedding in case you prefer a firmer mattress surface over a softer one (or vice versa). There’s a more affordable junior Business Class suite that is hardly compromising. It was the runner-up in our Best Business Class cabins world-wide. 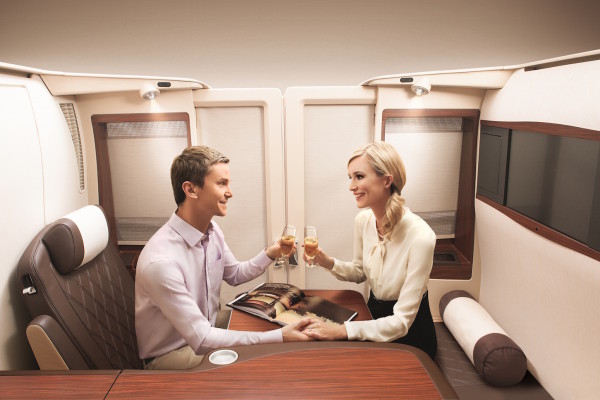 The A380 is all about over-the-top space and luxury. Singapore Airlines gets that, giving you the equivalent of you own private double cabin—with sliding doors—a comfortable bed, top shelf service, and just loads and loads of pampering goodness. These suites can be converted to a double-wide for couples. It was the sky’s first true apartment concept and is still one of the best ever to take wing. 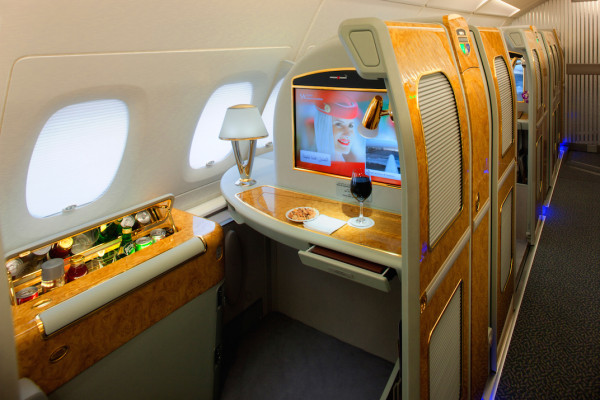 Like Singapore Airlines, Emirates led the vanguard on the introduction of classic rail cabins to aircraft. With sliding privacy doors, your own mini-bar and vanity, great in-flight entertainment and impeccable service, this cabin is a joy to fly. Its decor is a bit much–just screaming luxury. It could easily have whispered, since you can sense the luxury just fine without the volume. You can experience this very gilded lovely on the airline’s A380s, A340-500, and most Boeing 777s. The A380 has a shower/spa and dressing room—so there’s that to look forward to. 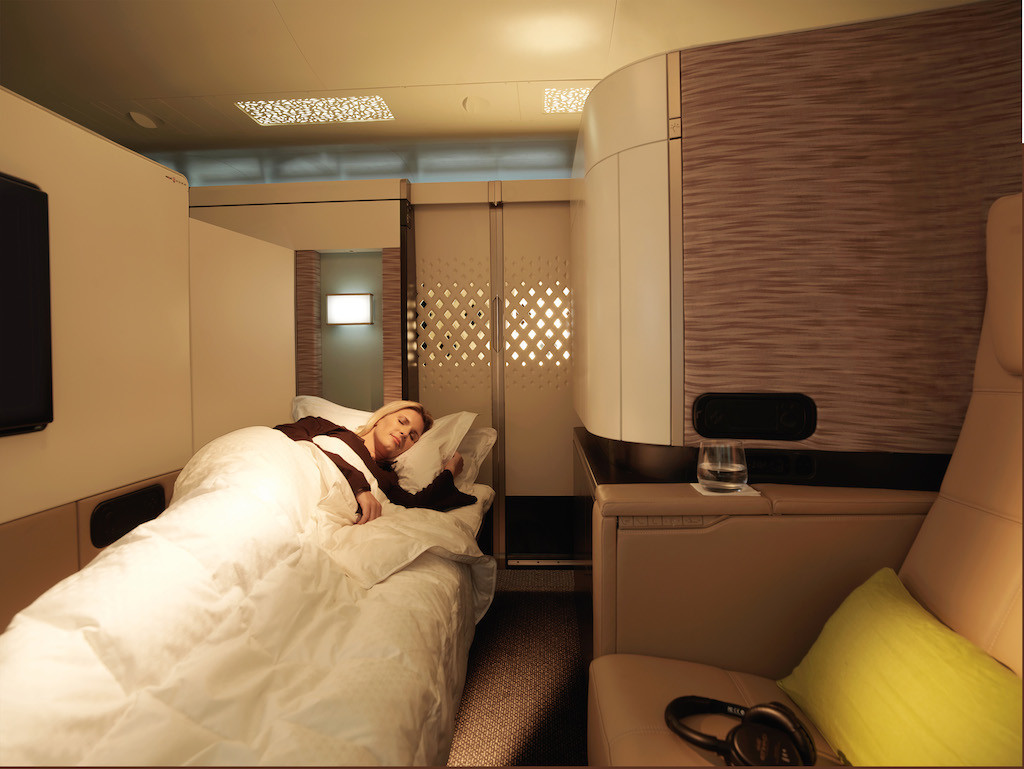 Etihad stepped up its game on the A380 and 787s with the introduction of one of the most over-the-top interiors programs in recent aviation history (recent being the last 20 years). The Residence has had a lot of hype, but there’s only one of those, on select A380s. The airline’s First Apartments are worthy, slightly more affordable, alternatives. And there aremore of them to go round. You get absolute privacy in an enclosed cabin, and plenty of room, luxury and VIP attention. Unlike The Residence, you can fly these cabins on both A380 and 787 routes (just check that your aircraft is among those upgraded). 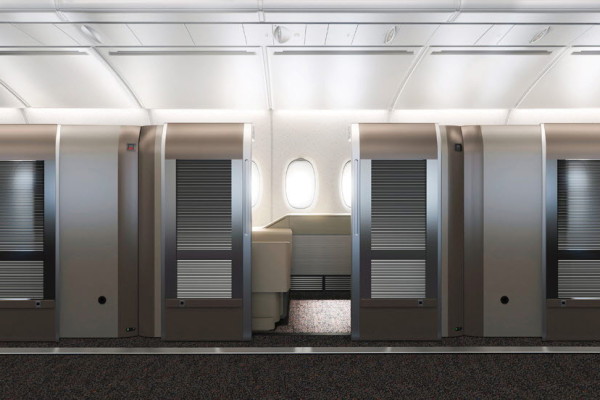 As the interiors luxury space race escalated to all-out war over the past year, these are some of the most elegant suite designs we’ve seen. They offer all the comforts to which those who breakfast with silver spoons have become accustomed—and are pretty swell for stainless steel flatware diners too. Just be kind to the flight attendants. With multiple entertainment duties (including performing magic tricks) on top of their service and safety duties, they’ve got their hands full. 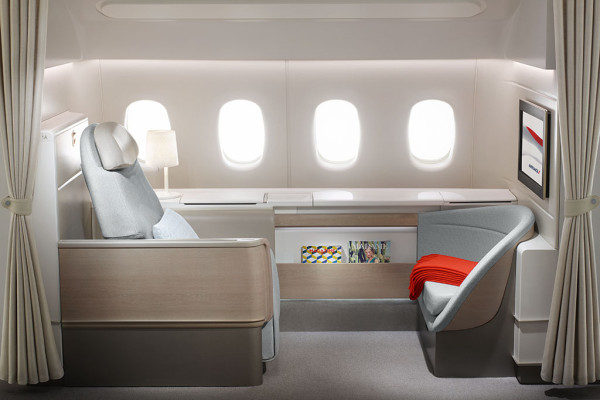 Air France’s designers dared to ignore the trend towards hard-shelled suite cabin doors and we love them for it. This elegant suite gives you soft privacy with curtains instead. It’s très chic, with a light airy feel fitting the airline’s modern ‘France is in the air’ brand aesthetic. It is also rich in passenger-comforts including a two-meter (6-foot, 6-inch) bed and Sofitel bedding. To put it simply, La Première is simply delightful.

We Bet You Can Guess Our Bonus 7th:

Mint also comes at an affordable price with plenty of in-flight perks, good meals, the fastest Wi-Fi in the sky, and oodles of in-flight entertainment–including live TV. What’s not to love?

JetBlue keeps growing its Mint routes, so you’re more likely to find this cabin available on your next flight, if you haven’t flown it already. There’s something to be said about an airline clever enough to offer this level of comfort with budget fares. That something is: well done.